On Thursday, September the 19th, more than seventy representatives of children’s group operators, policy makers and interested public met in the Business and Innovation Center of the City of Prague for the final event of the ProChil project. The topic of the gathering was ECEC professionals – the experience and quality. 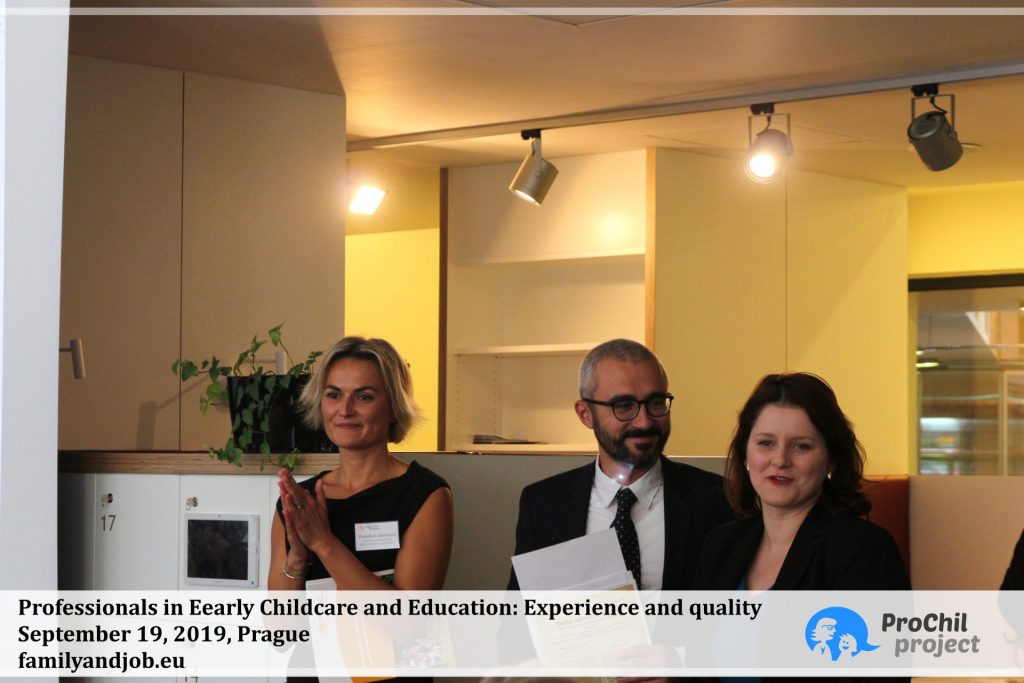 The event was opened by the speach given by the Minister of Labor and Social Affairs Mrs. Jana Maláčová. She presented to the audience the plans to amend the Children’s Group Act (zákon 247/2014 Sb.), which she plans to submit to the government in October.

The Minister briefly presented the most important changes brought by the current proposal, namely the introduction of systemic state funding for children’s groups and measures to improve the quality of children’s groups. The event was also attended by other representatives of the Ministry and by two members of parliament interested in the topic of ECEC. Both MEPs stayed even after the event and discussed the current situation of the staff in children’s groups with the participants. 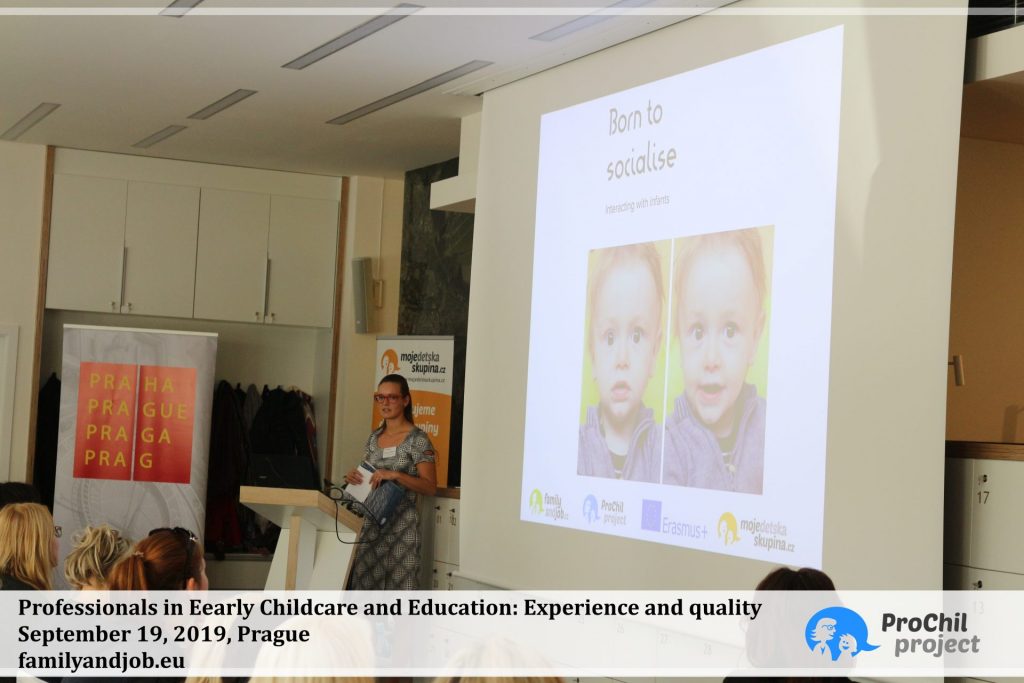 After the speach of the Minister and the welcome by Daniela Celerýnová, the chair woman of Family and Job, Štěpánka Mašlárová, Project Manager for the ProChil: Professional Childcare in European Nurseries project, presented the project outputs. The presentation focused mainly on the functioning of pre-school care and on family policy in other partnership countries, with an emphasis on the qualifications of carers.

According to the Council of the European Union and its Council Recommendation on high-quality ECEC systems, employee qualification and development are among the key principles for quality in ECEC. This is one of the reasons why the ProChil project dealt with the education of carers for two years.

The outcome of the project is a comparative study of pre-school care in the partner countries of the project, as well as a training course for ECEC professionals including a Born to Socialize handbook developed at Charles de Grote University College in Antwerp specifically for the ProChil project and a new e-learning training course. All outputs can be downloaded from the project website. You can also follow the news on the Facebook page of the project.

According to the comparative study the qualification of some ECEC professionals in the Czech Republic is rather limited compared to other EU countries. The experts and the policy makers agree that the ECEC professionals, who are working with children’s groups after completing the 160 hours requalification educational course should be using further education opportunities in order to develop their skills. This is also the aim of the draft amendment to the Act on the provision of childcare services in a children’s group (zákon 247/2014 Sb.). The amendment introduces compulsory in-service training of nannies in the range of eight hours of in-service training per year and a first-aid course every two years. Further training should be provided by the operator. It can use not only accredited courses for teachers, but also seminars or round tables. The curriculum of the ProChil projects represents another opportunity to fulfill this obligation.