Family and employment: facts and figures

There are two main purposes of Early Childcare and Education (ECEC): on the one hand they represent a part of preschool education system with special focus on early child development and education and on the other hand the availability and accessibility of good-quality childcare services has a positive impact on the female participation in labor market. That is why developed countries invest money into the availability of ECEC services.

A higher participation rate may increase gender equality, foster economic growth and help improve the sustainability of the present-day welfare state, especially in the light of an ageing population. Another argument points to the fact that childcare services might increase fertility rates by making a child less costly in terms of income and career opportunities.

On the example of two statistical indicators we are going to show the differences between the participating ProChil countries. 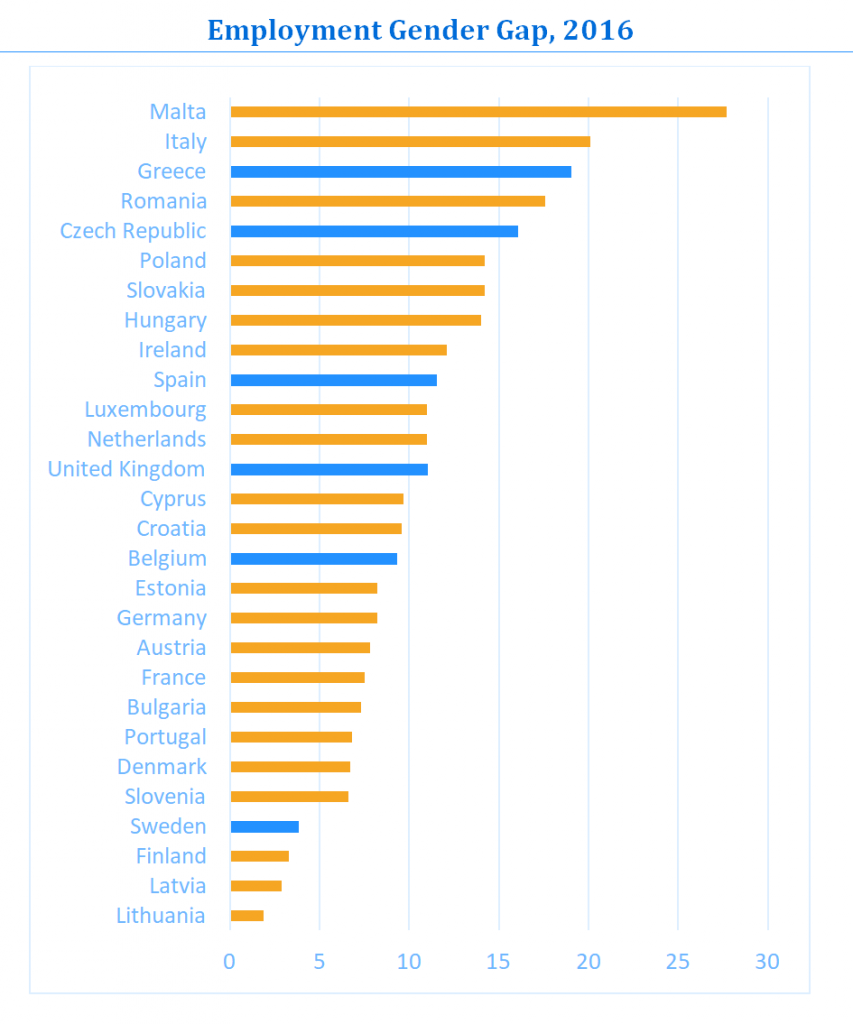 As we can see, there is big gender employment gap especially in Greece and in the Czech Republic, while the smallest employment gender gap is in Sweden.

Employment impact of parenthood on men and women

There are several reasons for the figures beeing as they are, some of them are for example the cultural diferences in perceiving the roles of men and women in the family, the official family policy including the length of paid maternity and parental leave and their height compared to average salary, but also the accessibility of childcare, both in terms of financial and local accessability.

We will focus on some of the topics mentioned above in next articles.

Cookie Consent
To provide the best experiences, we use technologies like cookies to store and/or access device information. Consenting to these technologies will allow us to process data such as browsing behavior or unique IDs on this site. Not consenting or withdrawing consent, may adversely affect certain features and functions.
Manage options Manage third parties Manage vendors Read more about these purposes
View preferences
{title} {title} {title}