The next country we would like to present after Greece, Czech Republic, Flanders and Sweden is Spain.

According to the statistical information shown by the digital publication prepared by Eurostat based on the data obtained from 2017, we can highlight, in relation to the employment situation of women in Europe and in Spain the following: The more children, the greater the difference in employment rates between women and men.

This pattern is observed in the great majority of the Member States.

The International Labor Organization (ILO) proposed the first universal rule on the subject, by adopting in 1919 the Convention on the protection of maternity. The Convention was revised for the first time in 1952; currently, it provides for a minimum license of 12 weeks, but it is recommended to agree 14 weeks.

At present, 119 countries comply with the minimum 12-week leave provided by the ILO; of these, 62 grant licenses of duration of 14 weeks or more. In only 31 countries, the duration of legal maternity leave is less than 12 weeks.

Spain is the country gives 16 weeks of paid maternity leave and 4 weeks of paternity leave (since 2017).  Women also have the option to take 10 weeks of prenatal leave, that is, before the birth of the child. The maternity allowance compared to average salary is the 100% of salary. 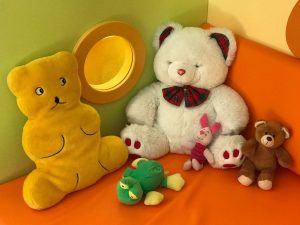 In Spain it remains relatively common for young children to be cared for by their extended family (often grandparents) – therefore we can see low rates of use of formal childcare, even compared to countries in the region.

If we focus on the use of formal childcare for children less than 3 years we can see differences among the countries which may reflect, at least to some degree, the different patterns of part-time/full-time work of parents across the countries.

Childhood education in Spain is provided to children from birth until they become 6 years of age. It is divided in two cycles:

Although this stage (both cycles) is not compulsory, currently almost 100% of children are attending the 2nd cycle.

There is a national law which establishes education structures. Each of the 17 Spanish regions and autonomous communities set up its education policy independently, but based on this national education law. Besides, schools have independence when it comes to organization and teaching techniques to develop and adapt the syllabus to the needs and characteristics of their children and their social and cultural environment.

The curriculum of the first cycle is not established at central level but determined by the Autonomous Communities for their respective regions. In the case of the second cycle, the Ministry of Education is responsible for setting the core curricula and defines the objectives, contents and evaluation criteria for the whole State, subsequently completed by the education authorities.

There are two types of schools in the Pre-Primary Education: public and private.

For children in the first cycle (from 0 to 3 years) there are two types of facilities:

Children education centres: regularly accept children from 16-weeks to 3 years. These centres are regulated by each regional government with a law, which considers the following aspects:

There are small differences concerning these criteria between the 17 Spanish regions.

Play schools are not regulated by law. These facilities just need a municipal license. Children go there on a sporadic basis, for leisure purposes.

The proportion of children enrolled in this early stage, from 0 to 2 years of age, has significantly increased over the past ten years. The main reason of this increase is the current financial crisis in Spain, as now both parents have to work.

Class groups are normally created according to the year of birth in both cycles. Each group has a class teacher assigned, who, as far as possible, keeps the same group of pupils throughout the whole cycle.

The national government establishes a series of minimum educational requirements. Centres can use alternative methodologies, provided that they meet the standards of the official syllabus. In order to ensure that centres comply with the national regulations (ratios, required square metres, qualification of staff…), inspections are conducted in all centres.

Each Center will elaborate its educational project in which the values, objectives and priorities of action will be collected. 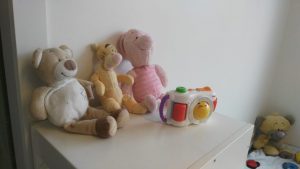 In order to support schools in the drawing up of their pedagogical plan, the education authorities establish a series of methodological principles:

Attention to diversity is also one of the methodological principles guiding educational provision, which adapts to childrenʼs specific characteristics, interests, cognitive styles and maturing processes.

In general, a weekly timetable of 25 hours operates in pre-primary education. However, the education authorities are responsible for establishing the school day, which may vary depending on the ownership of the school. Thus, the timetable of public schools providing the whole stage is usually 35 hours per week. This includes lunch breaks, rest or nap periods and recreation. Private schools have the autonomy to adapt their timetable to family demands. Nevertheless, in accordance with the regulations on the requirements for schools offering the first cycle, children are not allowed to remain on the school premises for more than eight hours in some Autonomous Communities. 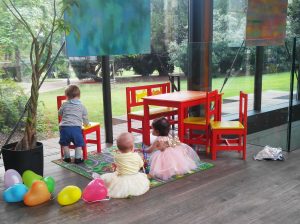 There are three possible training paths to be qualified to work with children from 0 to 3 years of age.

Besides, all the staff must provide their criminal record certificate and their sexual offences certificate, as well as the food handler’s card.

All the staff members should be qualified. All the centres must have at least one person with a child education university degree, who will be in charge of the direction of the centre.

The basic competences that the child education professional should acquire in their training should be, in summary, the following: